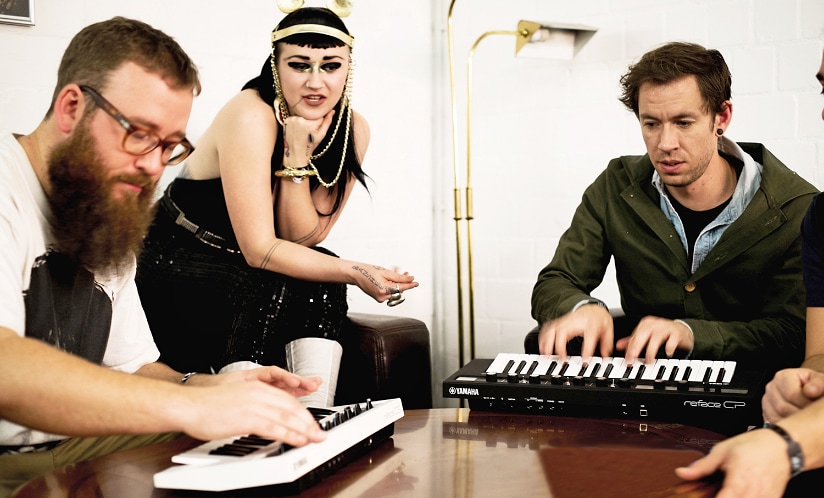 Hailing from Melbourne, Australia, Hiatus Kaiyote blurs the boundary between jazz and soul to create a unique musical fusion that defies classification. Formed in 2011, the Grammy-nominated quartet have toured the globe, taking their act to an audience that is as eclectic as their music. We spoke with their keyboard player, Simon Mavin, about his experiences with the reface series.

It's awesome! It's such a versatile little guy.

* How have you found the reface thus far?

It's awesome! I have always been a big fan of the old-school Yamaha stuff. I have four of the analog CS synths—I have the CS5, the CS15D, the CS70, and I'm looking to get more—because they're such a classic sound, so when I saw they were bringing out the Yamaha CS again, it was really exciting. And the YC too—I've got a YC45D, and I'm in love with that sound… I like everything about it. Playing around with the reface DX in Japan was cool too, because it's such a versatile little guy. So yeah, I was really excited to get to play with them.

I've been looking for something like this for a while, you know, a small unit with really good sounds, and something I can run with MIDI. In this particular band, I play a lot of organ, and there are some songs where I have to play an electric piano. The CP has come in really handy, because I can just run that via MIDI to the organ, and I've got the beautiful electric piano sound. That's what attracted me to the CP—the sound of the electric pianos on there is actually very high quality. I didn't expect them to be so good, so that was really a nice surprise. I can do that live in a gig, instead of having another keyboard. I actually threw away the other keyboard—I can just use the organ and the CP on the side, which is awesome.

They're so small, they're battery operated, and they sound really good!

* What makes reface series keyboards unique compared to other instruments?

I guess the size—they're pretty small, and you can run them off batteries—and the quality of the sound. Those qualities are pretty rare, and you really don't find them on other instruments—there's always something missing. For example, a battery-operated instrument may not sound so good, or a keyboard might sound great, but be quite large. The reface instruments are really unique, because they're so small, they're battery operated, and they sound really good.

It lets me be creative on the road.

* What musical possibilities does reface bring you?

Musically, I've decided to take them on the road, on tour, because they're so small you can just carry them on the bus, and it means that I'll be able to create more while I'm traveling. Last year we did eight months of touring, and it almost killed me, because I found that I couldn't create on the road. It's really difficult to find an outlet to create and be inventive on tour because you're always doing the same gig every night, but this seems like an instrument that would be able to help me do that. 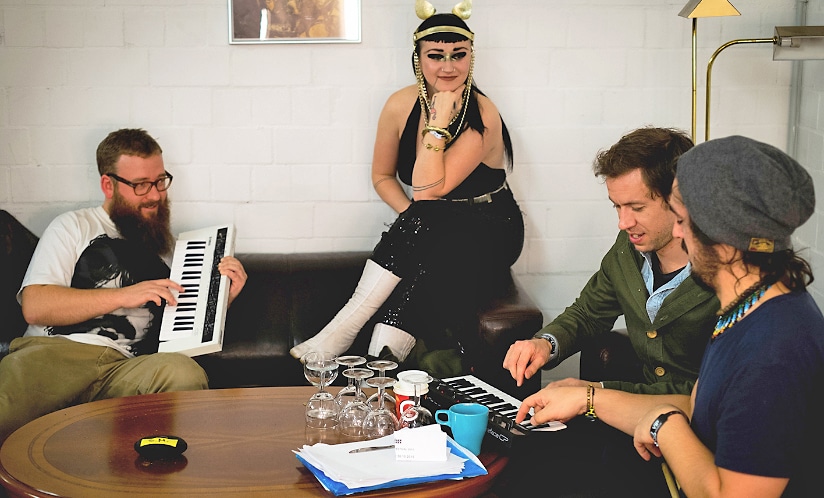