Yamaha Corporation will unveil the world's first*1 Artificial Intelligence(AI) piano system based on deep learning technology*2 that is capable of playing any piece of music in the style of late legendary pianist Glenn Gould while interacting with humans in a music ensemble on September 7, the third day of the Ars Electronica Festival, one of the world's largest media arts festivals, held in Linz, Austria. The AI system will give a concert performance together with several renowned performers of today. There will also be a panel session about the future of music and AI. The project has also been recognized as one of several efforts celebrating 150 Years of Japanese-Austrian relations. 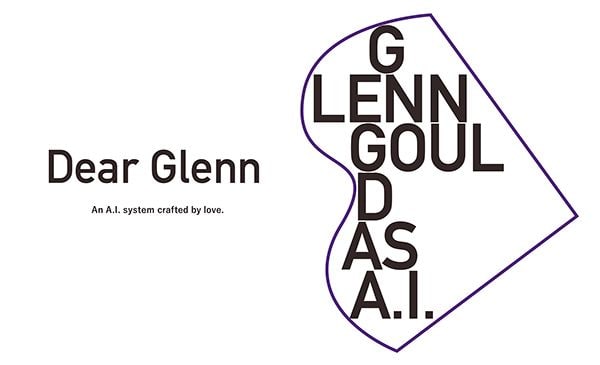 With the full support of the Glenn Gould Foundation, Yamaha analyzed over 100 hours of Gould's performance recordings to develop an understanding of his playing style and employed deep learning algorithms based on the data collected to create the AI system. In addition to Gould's audio recordings, AI learning data included human input in the form of performances by multiple pianists who were admirers of Gould and intimately familiar with his performance style, raising the quality of reproduction to new levels.

The system also includes Yamaha’s original AI Music Ensemble Technology that enables to analyze the performance of fellow human players near-instantly and play predictively while interacting with human musicians. More than simply an automated performance, the system reproduces the masterful touch of Glenn Gould to provide an inspiring and interactive experience of co-creation between an AI pianist and human musicians.

The AI system will be unveiled on the third day of the festival, Saturday, September 7, during a panel session that will explore the future of music through the use of AI in music performance. The discussion will include renowned contemporary pianist Francesco Tristano, Brian M. Levine of the Glenn Gould Foundation, and a Yamaha Corporation developer Akira Maezawa who helped create the AI system.

Afterward, the AI system will give its first public concert performance together with renowned contemporary performers at the St. Florian monastery. Performances will include a piano duet with Francesco Tristano and a wind trio with members of the Bruckner Orchestra Linz. The program will include Glenn Gould’s representative masterpiece Goldberg Variations (BWV 988) by J.S. Bach, as well as Bach’s Fuga inversa a 2 Clavicembali from The Art of the Fugue (BWV 1080/18) and Trio Sonata G Major (BWV 1038), neither of which were ever performed by Gould. Since neither piece is included in the AI’s learning data, the system will face the challenge of performing with no source audio data to imitate.

Glenn Gould was also known for his devotion to recording with digital media and an interest in rethinking the relationship between performer and audience. The project name “Dear Glenn” is a tribute to the artist’s attitude, which helped reveal the possibilities of new technologies and was also the inspiration for the idea behind the project. Through this project, Yamaha hopes to present new possibilities in musical expression via co-creation and mutual inspiration between human musicians and modern AI technology.

In the world of instruments and music, which have been fostered by history and tradition, technical advancement has always updated and expanded the possibilities of musical expression. One major example is the piano, which continues to evolve even after becoming a widespread instrument in its current form thanks to the industrial revolution. The evolution of information technology in the 20th century has provided us not only with a hardware revolution of the piano, but with a software revolution as well, including AI technology. Yamaha believes AI has the potential to expand the boundaries of musical creativity from the standpoint of human emotion and sensitivity. We look forward to exploring new possibilities by exhibiting and sharing some of our ongoing results with music enthusiasts at Ars Electronica this September.

The AI system is capable of playing the piano in the style of Glenn Gould and is distinguished by its ability to also play pieces never performed by the artist on the spot as long as sheet music data is available. This feat is made possible via the use of a world-first application of deep learning technology. The system consists of a player piano and the AI software which instantly generates playing data in the style of Glenn Gould and then provides that data to the player piano. 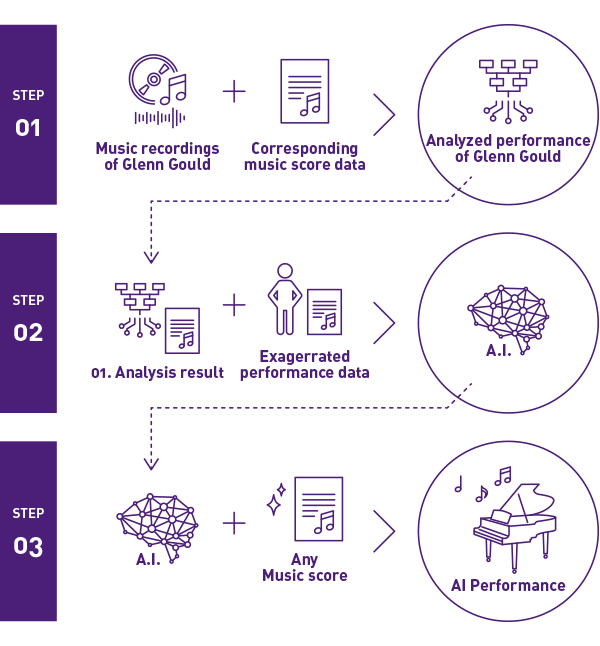 Figure 1: The AI learning process. In addition to analyzing Glenn Gould's touch on the piano based on audio recordings of his performances (Step 1), the AI also used performance data from other pianists who were intimately familiar with Gould to learn from a deep neural network able to perform in the style of Glenn Gould with the optional use of sheet music (Step 2). As a result, the AI is able to reproduce Gould's style even while playing pieces never recorded by the artist (Step 3).

Possibilities of Co-Creation Between Artists and AI 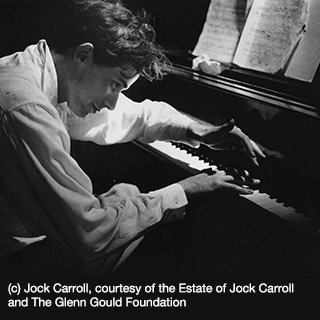 Born in Toronto, Canada in 1932, Glenn Gould was a legendary pianist who passed away in 1982 at the young age of 50. Gould has received extraordinary praise and is known for his masterful performances of J.S. Bach's music, beginning with his debut album Bach: The Goldberg Variations, which was released in 1956. In 1964, Gould announced the end of his concert career and began to concentrate on recording, devoting himself to digital media releases. Gould was also known for his unconventional and unique performance habits, which included sitting on a low chair and leaning over the piano keyboard, as well as humming while playing, even during recordings. In his later years, Gould recorded three albums, including Bach: The Goldberg Variations, on a Yamaha concert piano. 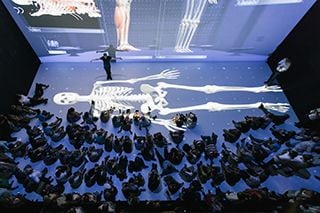 The Ars Electronica Festival is a festival that centers on the latest in art, technology, and science and is held by Ars Electronica, a media art research institute based in Linz, Austria. First held in 1979, the festival has since become one of the largest media art events in the world. During the festival, experts gather from around the world at exhibitions, performances, events, and international conferences in venues around Linz to engage in discussion and foster new connections.

・Yamaha Artificial Intelligence (AI) Transforms a Dancer into a Pianist

*2: Deep learning is a machine learning method, and is characterized by the multilayered use of mathematical models called neural networks to process information.