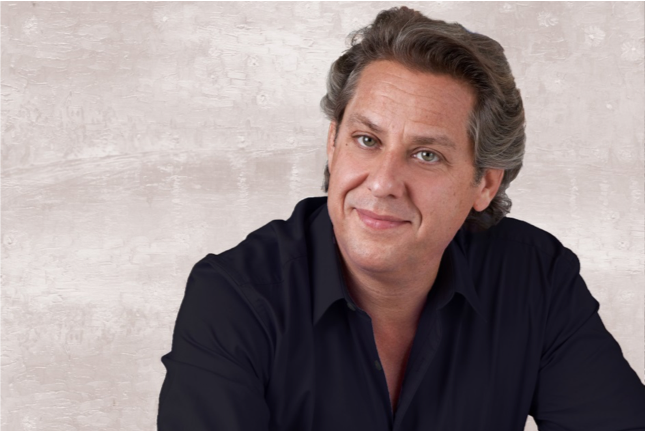 French born Canadian pianist and composer, Alain Lefèvre OC CQ has signed a new long-term deal with Warner Classics, opening an exciting new chapter in the life of this acclaimed and prolific artist.

For his Warner Classics debut, Années parisiennes, due for release in spring 2019, Lefèvre turns for inspiration to his years in Paris, where he studied both piano and composition at the Conservatoire National Supérieur de Musique de Paris. These years would have a huge impact on him, both as a musician and as a person. He encountered several great artists during his Années parisiennes who would prove to influence him greatly – his piano teacher in Paris, Pierre Sancan, who described Alain as amongst his “most brilliant disciples”, his teachers Pierre Max Dubois in composition and Geneviève Joy in chamber music, and the great violinist Christian Ferras, who, moved by a performance he heard on Radio France, asked the young pianist to collaborate. Following hugely successful recitals with Ferras at Salle Gaveau in Paris and on tour, Ferras died suddenly, interrupting their concerts in Spain. A touching tribute concert dedicated to Ferras took place at the Châtelet in Paris, in which Lefèvre was joined on stage by Isaac Stern and Ivry Gitlis. Upon graduating from the Paris Conservatoire, where he was awarded first prizes in both piano and chamber music, he went on to win the Grand Prix at the Alfred Cortot International Piano Competition and gave his debut at Salle Pleyel, Paris to huge critical acclaim.

Of the new partnership, Lefèvre says, “To have been approached and signed by the legendary label Warner Classics, which features the greatest artists of all time, comes as an achievement in one’s life and I can only feel humbled by this eloquent endorsement.”

Executive Vice President of A&R Jean-Philippe Rolland says, “Alain Lefèvre is one of Canada’s greatest artists and communicators, and we are incredibly excited and proud to welcome him into the Warner Classics family.”

Watch this « must see » video and a fascinating journey into the heart of Walter Boudreau’s LIVE recording of his Concerto de l’Asile performed by Alain, on the superb Yamaha CFX, provided by Yamaha Music Canada, with the National Arts Centre Orchestra and its chief conductor Alexander Shelley. Alain appears on the Analekta label for the last time, as a courtesy from Warner Classics.

He has revived the music of André Mathieu in concert in New York, Paris, London, Berlin, Shanghaï… His CD featuring Mathieu’s Piano Concerto No.4, described as “truly a work of genius” (Fanfare), topped the Canadian and American charts when released. His discography covers a vast repertoire, from John Corigliano’s Piano Concerto, considered to be the reference version by BBC Music Magazine, to Chopin’s 24 Preludes, where the critic “celebrates Alain Lefèvre”, placing him alongside with the recordings of the “illustrious” Alicia de Larrocha, Ivan Moravec and Arthur Rubinstein (Fanfare). His recording of the Liszt Transcriptions of works by Bach and Wagner, was chosen as a “ Télérama event” by Télérama and Audiophile Audition asserted this recital to be as “groundbreaking an illumination of Liszt’s transformational art as Gould’s was of Bach’s pure art nearly half a century ago”. “Rhapsodies“ came highly recommended by BBC Music Magazine as an “essential purchase”, saluting Lefèvre’s “greatest passion and excitement”. His CD featuring the works of Chausson and Mathieu was amongst the Editors’s Choice (Gramophone).

Mr. Lefèvre has won numerous prizes, amongst them a JUNO, an Opus, ten Felix (ADISQ) and the AIB Award (London), for “International personality of the year - Radio”, saluting his weekly two hours radio program featuring classical music and broadcasted on ICI Musique/Radio-Canada. He is Officer to the Order of Canada, Chevalier of the National Order of Quebec and Chevalier of the Pléiade Order.