"This Yamaha attention to detail borders on obsession, which of course, is a characteristic shared by pianists at the very highest level of performance." 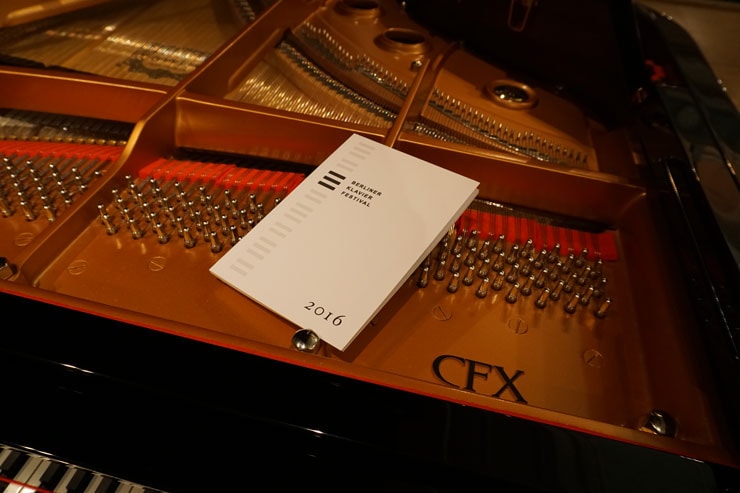 Yamaha was the exclusive instrument partner for the 2016 Berliner Klavierfestival which took place over two and a half
weeks in May and June in the elegant surroundings of Berlin’s famed Konzerthaus. This year saw the organisers celebrating the 5th year of this internationally significant event.

Since its founding in 2012 the Berliner Klavierfestival has become an increasingly popular and critically acclaimed international musical festival amongst artists and audiences alike. It attracts some of the world’s most discerning and important artists, and this year was no exception.

This was also a milestone occasion for the Yamaha partnership as it marked the first occasion that all participating pianists played Yamaha’s flagship CFX concert grand piano.

The relationship with Yamaha started in 2013 when Marc-André Hamelin chose to perform on CFX. It grew when in 2014 Freddy Kempf played the Yamaha and then in 2015 the majority of artists chose the CFX. The impact of the instrument over these formative years was to become the starting point of an exceptional creative and technical partnership between the festival management, guest artists, Yamaha’s technical team and of course the CFX, which culminated this year when all artists played CFX.

When asked about the success of the CFX at the Klavierfestival the organisers are quick to praise the piano itself but equally Yamaha’s technical support team who were on hand throughout the event. A spokesman for this international classical music extravaganza said “We must pay tribute to the brilliant technical support from Yamaha in preparation for, and during the festival. The care taken by Yamaha with the pianos is truly vital in the pianos perfectly matching the often significant and distinctive requirements of participating artists. This Yamaha attention to detail borders on obsession, which of course, is a characteristic shared by pianists at the very highest level of performance."