From the Moscow Tchaikovsky Conservatory, Rector Alexander Sokolov and Professor Vladimir Ovchinnikov visited Yamaha headquarters in Hamamatsu and the Piano factory in Kakegawa on October 19 - 20th. This tour was held while they stayed in Japan on business. Firstly, they met with the president of Yamaha Corporation, Takuya Nakata with whom they discussed their long relationships with Yamaha. Next day, they visited Kakegawa Factory to tour the Piano factory. It was the first visit after Piano factory moved from Hamamatsu. They were so impressed by the skills of our adept craftsmen and the technology at the production line. After the factory tour, they tried several grand pianos including prototypes, and gave us several comments. It was a great opportunity for us to continue further development of Pianos. 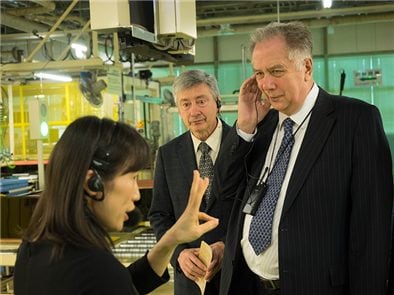 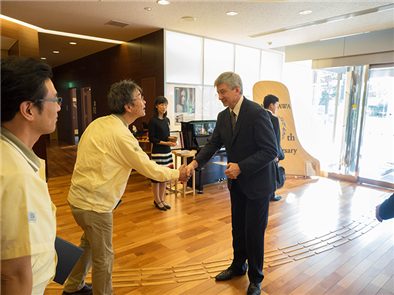 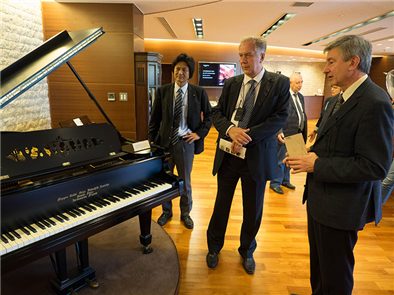