Hiromi at the Night of the Proms 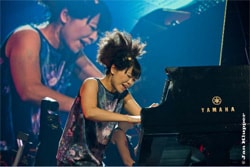 Jazz artist Hiromi has recently completed a 31-date European tour taking in Belgium, the Netherlands and Germany as a part of the hugely popular Night of the Proms series.

Hiromi joined a stellar cast including, Wyclef Jean, Gloria Estefan, Amy Macdonald, and John Miles. And for all these Night of the Proms tour concerts, Hiromi used a Yamaha CF6 piano. 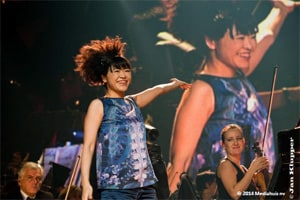 The Night of the Proms series was developed in 1984 and has continued to grow in popularity year-on-year. Since their inception the spectacular Proms concerts have attracted over 7 million music fans and starred some of the most influential musicians of a generation including Joe Cocker Simple Minds, James Brown, Art Garfunkel, Sting and Al Jarreau, to name just a few.

Yamaha artist Hiromi is one of the world's most explosive and creative pianists and composers. She is renowned for her virtuosic technique, which seamlessly blends her musical influences and styles, spanning rock, classical, progressive, fusion and jazz.

Coincidentally hailing from Hamamatsu in Japan – the home of Yamaha pianos - Hiromi has enjoyed a long standing and fruitful relationship with the company and it's staff.

For a video interview with Hiromi: http://uk.yamaha.com/en/products/musical-instruments/keyboards/grandpianos/premium_pianos/artists/video/ 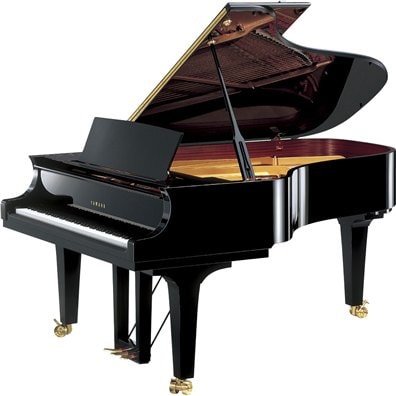 The seven foot CF6 has such a big sound, you may mistake it for full-size concert grand. It has an open yet rich tone, and an action which is quick and responsive—a joy to play. All the CF Series pianos are characterized by a wide palette of tonal colors and the ability to create the subtlest expressive nuances. The CF Series pianos can "sing" phrases with a depth of expressiveness rarely heard.