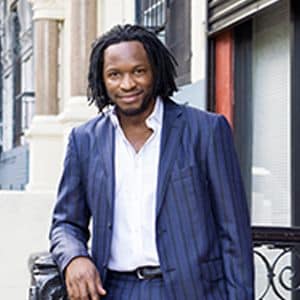 Mark McLean is a very dynamic and versatile studio and touring musician. If you ask him about his biggest musical influences, the answer is likely to take more time than you have. Even if you ask for just the 'main ones' the list will go on and on. And it is a diverse list; from Johann Sebastian Bach to James Brown (and those are only the 'B's). And for that reason he has been the grooving spark behind many jazz, pop and soul legends whose music and influence span multiple generations. The late legendary producer Phil Ramone, who began hiring him for numerous sessions starting in 2003, called McLean “a tasty, sure handed drummer, a song man’s musician”- but that’s only part of the in-demand musician’s powerful story and evolving artistry. Whether playing a sensitive ballad with Andrea Bocelli, swinging mightily with Jamie Cullum or laying down a funky backbeat for George Michael, Mark McLean is always in his element. Over the past few years, while maintaining a steady flow of prestigious gigs as a sideman (Billy Joel, Joe Sample, Patti Austin, Michael Feinstein, Catherine Russell, Leslie Odom Jr) and music director (Nikki Yanofsky, CBC Sounds of the Season), the Toronto born, New York City based drummer/composer/producer has emerged as a popular band leader, performing numerous gigs with his own group and releasing two acclaimed solo recordings that showcase his expansive musical passions. In an industry that often prefers pigeonholing to expansive creative expression, the multi-talented artist — whose credo is “I don’t want to be seen as a drummer, I want to be known as a musician whose instrument just happens to be drums” — breaks all the rules on his eclectic 11 track sophomore album Feel Alright, sharing his love for everything from old school soul, down and dirty blues/funk and traditional jazz to edgy pop/rock and New Orleans brass band music. Mark believes that freedom from the burden of musical categorization enables him to fully explore his own voice.