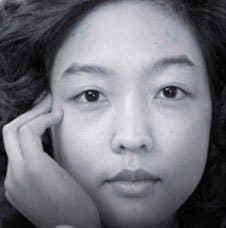 Lisa Yui is the winner of the 23rd Senigallia International Piano Competition in Italy, the Toronto Symphony Concerto Competition, the Edmonton Symphony Concerto Competition, and the first Super Classics International Auditions in Tokyo (1999). Her performances and masterclasses have taken her throughout Canada, the United States, Italy and Japan. She has also won the Canadian Consulate Women's Club Piano Competition in New York and is a two-time recipient of the Canada Council Scholarship.

As a lecturer, Lisa has been invited to various colleges and venues, including the Juilliard School, the Manhattan School of Music, Kunitachi Music University, Washington and Lee University, and the University of Alberta.

In the summer of 2001 and 2006, Lisa was the feature guest artist on the Japanese cruise ship, Nipponmaru: 101 Days Around the World tour. Her performances have been broadcast on WQXR (New York), CBC (Canadian Broadcast Corporation) national radio, CJRT-FM (Ontario, Canada), and STV (Sapporo, Japan).

In 2005, Lisa was selected among over 1000 Canadian artists to participate in the World Exposition in Aichi, Japan, where she performed in the Expo Hall Classical Showcase, and hosted in English, Japanese, and French. In 2005 she was the producer and lecturer in "Beethoven at Yamaha," a nine-part lecture/concert series at the Yamaha Artist Services, Inc. in New York. There, she also performed among thirty eminent pianists including Frederic Rzewski, Frederic Chiu, Jed Distler and Jerome Lowenthal. After this successful series, she organized "Liszt at Yamaha," between March 22-May 7 of 2006, where she lectured and performed among 30 guest scholars and artists, among them Alan Walker, Leslie Howard, Thomas Mastroianni and Jerome Lowenthal.

Lisa received her Bachelor's degree at the Juilliard School in New York, in the studio of Oxana Yablonskaya and working as teaching assistant to the author, professor and pianist, David Dubal. After studying with Byron Janis and Marc Silverman at the Manhattan School of Music, she received her Masters degree and the school's Rubinstein Award, awarded to the most promising graduate. She received the Doctoral of Musical Arts degree and the Helen Cohn DMA Award from MSM in May 2005. Lisa has participated in masterclasses of numerous prestigious musicians, including those of Emanuel Ax, Alicia de Larrocha, Leon Fleisher, Eugene Istomin, and Anton Kuerti. Her teachers and mentors have also included David Dubal, Conrad Hansen, Leonid Hambro and Giovanni Valentini.