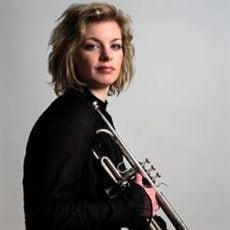 Lina Allemano is a Toronto based jazz trumpeter, improviser and composer with an established and active career performing, recording and touring internationally. Her trumpet playing, compositions, and artistic vision have gained her international recognition as being "adventurous, expressive, compelling, forward thinking, inventive, and sophisticated". As well as fronting her band LINA ALLEMANO FOUR and the improvising group "N", she is also a member of many other active creative groups and appears on over 30 recordings including her own critically acclaimed CDs Lina Allemano Four 'Gridjam' (2008), 'Pinkeye' (2006), and 'Concentric' (2003). Recent career highlights include: Performance at the prestigious Festival of New Trumpet Music (FONT) in New York City; Extensive touring with Lina Allemano Four; Advanced trumpet technique studies in New York City with Laurie Frink; Featured as one of the top innovative trumpeters for the future in DOWNBEAT Magazine; Winner of the CBC Galaxie Rising Star Award. Lina was nominated for the 2009 National Jazz Awards Trumpeter of the Year and SOCAN Composer of the Year, and she has received support for her work from Canada Council for the Arts, Ontario Arts Council, and Toronto Arts Council. Lina plays a Yamaha trumpet YTR6335 and a Yamaha Xeno cornet YCR8335G. Please visit Lina's website: www.linaallemano.com

Toronto's LINA ALLEMANO FOUR has been hailed as one of Canada's most vibrant cutting edge avant-jazz groups. Known for their inventiveness and synergy, they deftly blur the line between composition and improvisation. They have toured extensively over the past 5 years and will be releasing their fourth album in 2010. Their latest album Gridjam (Lumo Records 2008) has earned them wide recognition and praise.

"Allemano is of a new generation of trumpeters paving the way for jazz's next innovations. Gridjam displays an enticing emotional dichotomy between smeary, melancholic interludes and upbeat lyricism" - DownBeat Magazine

"LINA ALLEMANO FOUR balance the infinite possibilities of free improvisation with structure and discipline; a daring twist that works brilliantly. Gridjam is a stellar album." - The Globe and Mail

"Gridjam - wholly captivating... awe-inspiring interplay... fascinating and full of the unexpected" - The Wholenote

"Lina Allemano's voice on the trumpet is a breath of fresh air. Her music is forward-thinking" - Georgia Straight, Vancouver

"Gridjam is an awesome and dynamic recording" - FFWD, Calgary