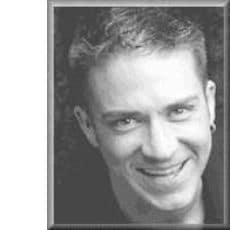 Guy Few is a virtuoso. As a powerful pianist and astonishing trumpeter, he delights his audiences with his intensity and charm. Montreal's Le Devoir calls him "outrageously gifted" and "quite simply phenomenal". It is no wonder that he is in demand as a soloist and has played with many orchestras in Canada and the USA.

Guy is equally at home in classical or contemporary genres. Through the Canadian Broadcasting Corporation, the Canada Council and the Ontario Arts Council, he has had the opportunity to debut new works by Canadian composers including Glen Buhr, Peter Hatch, Melissa Hui, Boyd McDonald and Jacques Hetu among others. Jacques Hetu's concerto, written for Mr. Few, is available on Canadian Trumpet Concerti with the Kitchener-Waterloo Symphony conducted by Raffi Armenian (CBC SM5000). He has also recorded for S.N.E., Arsis Classics, Musica Viva, ibs, Naxos and the Hanssler Classics labels. Hanssler recordings include the Grammy Award winning Credo of Pendercki with the Oregon Bach Festival, Helmuth Rilling conductor.

Born in Saskatoon, Saskatchewan, Guy is a gold medal graduate of Wilfrid Laurier University, Waterloo, Ontario and holds a Fellowship Diploma from Trinity College, London, England. Guy makes time in his busy schedule for music making with Canadian artists. He performs and records on a regular basis with accordionist Joseph Petric and trombonist Alain Trudel (Bellows and Brass), with pianist Stephanie Mara, and with narrator/director Kathryn DeLory. Guy has appeared on CBC, CTV, Bravo, TV5 and European television broadcasts and is heard regularly on the CBC and American Public Radio. He makes his home in Elora, Ontario, and is an adjunct professor of trumpet and piano at Wilfrid Laurier University in Kitchener-Waterloo, Ontario.