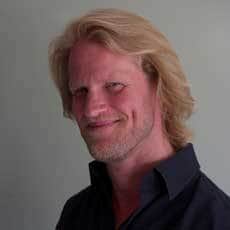 Gareth Jones is an Adjunct Professor at the University of Calgary and is the director of the University’s Wind Ensemble as well as the Symphonic Band. He is also the Director of the Alberta Winds, Calgary’s professional wind ensemble in addition to being named the conductor of the 2014 National Youth Band of Canada. He was Assistant Principal Trumpet with the Calgary Philharmonic Orchestra from 1992 to 2007 and continues to play with the CPO whenever his conducting schedule allows. Before that, he held the same position with the Tulsa Philharmonic Orchestra. He has studied conducting with the renowned pedagogues Jorma Panula, Gustav Meier, Michael Haithcock, and Michael Jinbo. He has conducted ensembles from across Western Canada as well as Mexico and the United States. Mr. Jones’s musical activities are greatly varied. He has appeared as guest conductor and clinician with over two hundred orchestras and wind ensembles, been featured on Juno nominated blues CDs, appeared on CBC radio as a soloist and chamber musician, been a guest lecturer with the National Youth Orchestra of Canada, been an adjudicator at music festivals across Canada, as well as conducting honour bands across Canada and was a reviewer for the recently updated Royal Conservatory of Music trumpet syllabus. He placed first among North American competitors in the 1996 Ellesworth-Smith International Trumpet Guild Solo Competition, placing third worldwide. He can be heard playing chamber music, jazz, blues, and rhythm and blues with various groups around Calgary. As a conductor he founded the Calgary Honour Band and the University of Calgary Brass Choir. He was also a founding member of the chamber ensemble “Rosa Selvatica” and has been a featured soloist with the Calgary Philharmonic Orchestra on several occasions. He studied conducting at the Pierre Monteux Institute and Canada’s National Arts Centre and received his Master of Music in conducting from the University of Calgary. He studied trumpet at Northwestern University with renowned pedagogue Vincent Cichowicz, where he won the prestigious concerto competition and a scholarship for performing excellence.