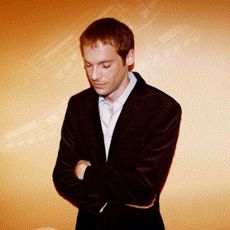 Pianist David Jalbert, with his spirited and communicative style, incomparable stage presence and refined ear, has made himself one of the flag-bearers of the new generation: “Jalbert dazzles with skill, style and taste… with all the finesse and exuberance a listener could want” (Toronto Star). Mr. Jalbert performs regularly as a soloist and recitalist across North America and Europe. His first solo disc, a recording of American piano music by composers John Corigliano and Frederic Rzewski, won wide critical acclaim. It was followed in 2006 by a recording of Gabriel Fauré's Nocturnes, and in 2008 by the Juno-nominated Shostakovich: 24 Preludes and Fugues opus 87 for the ATMA label. An accomplished chamber musician, he is a member of Triple Forte (along with violinist Jasper Wood and cellist Yegor Dyachkov) and has several recordings of chamber music to his name, most notably with cellist Denise Djokic and French hornist Louis-Philippe Marsolais. A national and international prize-winner, David Jalbert has won two Opus Awards (from the Conseil Québécois de la Musique) and was the 2007 laureate of the prestigious Virginia Parker Prize of the Canada Council for the Arts. He has studied at the Juilliard School, the Glenn Gould School, the Université de Montréal and the Conservatoire de Musique du Québec and is now on the piano faculty at the University of Ottawa.