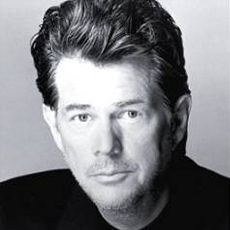 To say that everything David Foster touches turns to gold AND usually platinum would be an understatement. The stunningly talented producer and songwriter is a 14-time Grammy Award winner with an unprecedented 43 nominations, a recipient of 7 Juno Awards, an Emmy Award in 2004 and a three time Oscar nominee during the course of a magnificent career which spans over three extraordinarily successful decades. He has worked with the biggest and best talents in the music industry including Barbra Streisand, Josh Groban, Celine Dion, Whitney Houston, Madonna, N'Sync, The Corrs, Natalie Cole…. and he's just getting started!

Foster entered the music scene in 1973 quickly establishing a reputation as the industry's premier keyboardist, and one of the most sought-after session musicians. He performed alongside such musical icons as John Lennon, Diana Ross, George Harrison, Rod Stewart, Neil Diamond and Barbra Streisand. Toward the end of the '70's he segued into writing and producing classics such as Earth, Wind and Fire's "After the Love Has Done" and the ever-popular "Got To Be Real."

Throughout the '80s, Foster produced and wrote an extraordinary lineup of No. l singles including Chicago's "Hard To Say I'm Sorry", Peter Cetera's "The Glory of Love", John Parr's "Man in Motion" (St. Elmo's Fire soundtrack) along with producing multi- platinum-plus selling songs on the Ghostbusters and Footloose soundtracks and Chicago's "16, l7 and l8" albums. Other production and or writing credits followed with hits for Alice Cooper, Al Jarreau, Hall and Oates, Kenny Rogers, Kenny Loggins, Boz Scaggs and Olivia Newton-John.

The'90's producing credits for Foster included Celine Dion's first #1 hit, "The Power of Love", Natalie Cole's "Unforgettable", "Have You Ever" by Brandy, "Music of My Heart" by Gloria Estefan with N'Sync and Barbra Streisand's haunting single "Somewhere" and was at the production helm of her entire "Back To Broadway" album.

The year l993 proved to be a banner one with Foster being crowned Billboard Magazine's "Top Singles Producer", "Top R&B Producer," the year's top Grammy nominee with an astounding seven nominations and managed to take home his third "Producer of the Year" award for The Bodyguard soundtrack.

Not one to rest on his laurels, the next few years ('94-'97) Foster reached new levels of success with "Unbreak My Heart" (Toni Braxton), "I Will Always Love You" (Whitney Houston), "I Swear" (All-4-One), and "Because You Loved Me" (Celine Dion). These singles collectively reached No.1 on Billboard's pop singles' chart for a record breaking total of 42 weeks.

As the decade came to a close, Foster founded 143 Records, a joint venture with the Time Warner Corporation and recruited a roster of diverse and exceptional talent including signing and producing the Irish singing group The Corrs who sold an astounding 30 million records), Christian Pop sensations Plus One, platinum selling country artist Kevin Sharp and the Popstars television show.

The new millennium began with Foster's newest passion – the discovery of new talent. His 143 Records, now under the Warner Bros. Records umbrella, signed and produced 23 year-old pop sensation Josh Groban whose critically acclaimed albums have sold over 13 million copies. Next on Foster's sights was fellow Canadian Michael Bublé, a modern day crooner whose new album just sailed on to Billboard's pop charts at No. 7 and reached the No. l position in six countries selling well over a half million copies worldwide in its first week of release. Foster's latest discovery is 15 year-old Renee Olstead whose been hailed as "the new Billie Holliday". Aside from his new discoveries, he wrote and produced the Golden Globe winning song "The Prayer" for Celine Dion and Andre Bocelli, produced the Moulin Rouge – Nicole Kidman duet "Come What May," produced hits for Madonna and Michael Jackson and produced Celine's new multi-platinum album Miracle.

Foster's producing and writing talents hold equal importance to his commitment to giving back to the community and children's advocacy, The David Foster Foundation which was established in l986 has raised several million dollars to assist families of children in need of organ transplants, primarily in Western Canada. Additionally, he has lent his musical skills to well over 300 charitable events and organizations over the last decade including the Andre Agassi Foundation, Race to Erase MS, Muhammad Ali's Fight Night Foundation, CapCure Prostate Cancer Research Foundation, Malibu High School Scholarship Program, The Carousel Ball and Cedars-Sinai Research for Women's Cancer, amongst many others.