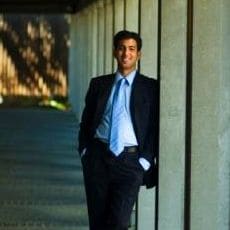 Daniel Tones is an award-winning percussionist equally committed to fostering creative development in aspiring musicians. He holds a doctorate in performance and ethnomusicology from the University of British Columbia, and has studied with some of Canada's most well respected percussionists including Salvador Ferreras, Russell Hartenberger, and John Rudolph. He teaches at Simon Fraser University and Kwantlen Polytechnic University, is the Managing Director for Fringe Percussion and most recently he took on the role of Program Coordinator for Music and Dance with the District of West Vancouver

Dr. Tones has appeared at music festivals on three continents and has been broadcast nationally on radio and television. A love of global percussion has led him to study frame drumming, West African drumming and dance, Balinese gamelan, and Cuban percussion with master musicians. Equally at home in the field of Western art music, he has performed with the Toronto, Vancouver, and Victoria symphonies, the CBC Vancouver Radio Orchestra, and the Vancouver Opera Orchestra. In addition, he appears regularly as a chamber musician with Vancouver New Music, The Turning Point Ensemble, and Fringe Percussion. Daniel is also recognized nationally for his work as an arts administrator. With the National Youth Orchestra of Canada and Con Brio Festivals he has produced concerts and workshops and has contributed to cutting-edge educational initiatives. As the Managing Director for Fringe Percussion he has received project assistance, music commissioning, and sound recording grants from the BC Arts Council and the Canada Council for the Arts. Dr. Tones is the recipient of fellowships from the University of Toronto, the Government of Ontario, and the University of British Columbia, and individual awards from the British Columbia Arts Council and the Vancouver Foundation.