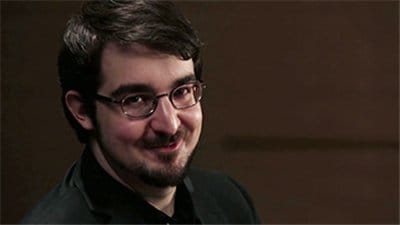 Silver medalist and laureate of the Krystian Zimerman award of the best sonata at the International Chopin Piano Competition in 2015, Charles Richard-Hamelin is one of the most important pianists of his generation. He also won the second prize at the 2014 Montreal International Musical Competition, and the third prize and special award for the best performance of a Beethoven sonata at the 2014 Seoul International Music Competition in South Korea. In April 2015, he was awarded the prestigious Career Development Award offered by the Women's Musical Club of Toronto.

As a soloist, Charles has performed with various ensembles including the Warsaw Philharmonic Orchestra, Montreal Symphony Orchestra, Toronto Symphony Orchestra, Poznan Philharmonic Orchestra, Amadeus Chamber Orchestra of Polish Radio, Orchestre Métropolitain de Montréal, Korean Symphony Orchestra and I Musici de Montréal. Originally from Lanaudière in Québec, Charles Richard-Hamelin studied with Paul Surdulescu, Sara Laimon and Boris Berman. He obtained a bachelor's degree in performance from McGill University in 2011 and a master's degree from the Yale School of Music in 2013, and received full scholarships in both institutions. He is now a student of André Laplante at the Conservatoire de Musique de Montréal and also works on a regular basis with Jean Saulnier. His first solo CD, which features late works by Chopin, was released by Analekta label in September 2015, and CBC Music named it among the 10 Best releases of the year. His 2nd recording will be released late 2016. (Biography as of July 2016)