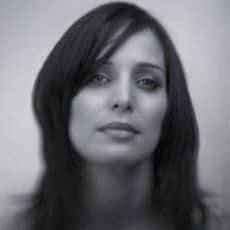 When Chantal Kreviazuk took to the concert grand piano placed in the kitchen of her home studio to commence the writing of her fourth album, something began to change. The chords she started to release were immediately different from her earlier work – revealing themselves to be much more rhythmic and charging. While other artists tend to mellow as their career progresses, Chantal found that she was crafting her most driving work with Ghost Stories.

"I think that was just a reaction to the heart and passion I was putting into the songs," she reflects. "The album rocks and has a lot of rhythm… which is really exciting for me. A lot of times, when people mature they get more melancholy and reflective, and it shows in the tempos of their music."

It has been four years since Chantal released her last album, What If It All Means Something. During the break after recording and touring that record, she firmly established herself as one of the premiere songwriters in the industry by penning hits for the likes of Avril Lavigne, Gwen Stefani and Kelly Clarkson. And, as the strength and fit of this new album displays, the experience of crafting songs to suit the personality of other artists has allowed her to take a step back and write songs that showcase her considerable talents even more.

Ghost Stories was entirely written by Chantal and her husband Raine Maida of Our Lady Peace (who also produced the album) They worked in their own home, sharing a creative space with their dogs and two young children – charting new ideas and pecking away at songs during the course of the day before bunkering down to really make progress on the tracks together under the cloak of night. When completed, the album was mixed in studio by Michael Brauer (Coldplay, Bravery, Bob Dylan, Jeff Buckley).

Working with her life partner within the walls of their home allowed the album to take shape in an environment of complete openness. Unlike studio sessions where egos can be shielded by the niceties of professional relationships, Chantal knew that Raine was there to tell the truth – be it bruising or not. Although occasionally painful to hear, she credits the honesty of this process for ultimately making the record stronger.

"It really is rewarding to be able to work with your best friend," she reveals. "It's something you can't recreate with someone that you are just starting a relationship with. It's amazing, but when people have the level of relationship where they are able to be brutally honest with each other, it hurts sometimes"

"It did get slightly tense once in a while," Chantal admits. "However we have such an amazingly powerful love for each other and we always know that anything we do to/with/for each other comes from a positive place and that helps us make the very best music together."

Unlike her earlier work, the majority of this album was written to the rhythm – with the piano riff emerging first and providing the foundation for the songs. While it also features an utterly captivating melody, it is not hard to imagine a track like lead single "All I Can Do" being born of the driving piano that lies below.

Luckily for fans of Chantal's reflective and personal style of lyrical songwriting, basing this work on the rhythm hasn't come at the expense of the words. As poignant as anything she has crafted, "Asylum" tells the tale of Chantal's nanny – a war refugee from the Congo. "She is an incredible human being and her story touches our lives every day," says Chantal. "While the memories of war and persecution will never leave her, the joy and safety she now has in her life and in our home is such a great comfort. But I know that she suffers in silence."

The ghosts of war are not the only spirits haunting the album. When Chantal looked over the completed record she discovered ethereal presences lurking within the shadows of several songs. "I didn't know that there were ghosts all over the album until it came time to title it," she remembers. Intentional or not, these spirits repeatedly dart through the lyrics and themes.

"Ghosts Of You" is the second offering (after What If It All Means Something's "Flying Home (Brenda's Song)") to a very close cousin who passed away too early in life. "My cousin Brenda was such a powerful force in my world," Chantal remembers. "Her loss seems to hurt not more, but differently, every day. I feel her and that loss just as much as when she left this world. "Ghosts of You" is about our coming of age together and the beautiful safe haven we had in each other throughout our lives prior to her passing."

Some of the ghostly inhabitants are more symbolic. Chantal wrote "You Blame Yourself" to address lingering memories from past hard times. "I have a lot of painful memories of being confused as a teen," she says. "This is a dark song for anyone who hurts where they are and feels like they need to break out."

With Ghost Stories Chantal asks us to follow her to a landscape shaped by rhythm, beauty and loss. While the spirits inhabiting this realm speak with the voice of the lost and the outcast, their tales of love, war, destitution, isolation and joy demand to be heard.