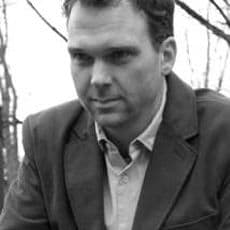 Andrew McCandless is entering his eighth year as Principal Trumpet with the Toronto Symphony Orchestra, having established himself as a prominent brass player in the orchestral world. Since his first professional position at the age of 20 with the Savannah Symphony, Andrew has also held the position of Principal Trumpet with many notable orchestras including the Buffalo Philharmonic Orchestra and Dallas Symphony Orchestra, as well as the Sun Valley Summer Symphony where he still performs today.

As Principal Trumpet with the TSO, Andrew is regularly featured as a soloist. He also appears as a guest artist and chamber musician throughout North America, having performed with the Dallas Symphony Orchestra, the Wisconsin Chamber Orchestra, the Buffaloa Philharmonic Orchestra, and the Royal Conservatory Orchestra. In his solo work, Andrew has established a unique reputation based on his ability to make classical music accessible and fun. Individuals engage Andrew to perform in private settings, highlighting various repertoires that he combines with an entertaining and easy to understand adult education element.

Andrew began playing the trumpet at the age of nine while studying at the Youth Performing Arts School in his native Louisville, Kentucky. He continued his studies at Boston University and the Eastman School of Music. As a junior in college, Andrew began playing with the Savannah Symphony as Co-Principal Trumpet. Today, he continues to be involved in classical music education. Andrew is on faculty at The Royal Conservatory of Music, teaches privately, and has given Masterclasses throughout North America including the Eastman School of Music, University of Calgary, and University of Toronto. Andrew serves as Co-Chair of the Toronto Symphony Orchestra Committee, and participates in the organization's numerous education programmes. Andrew is a Yamaha performing artist.