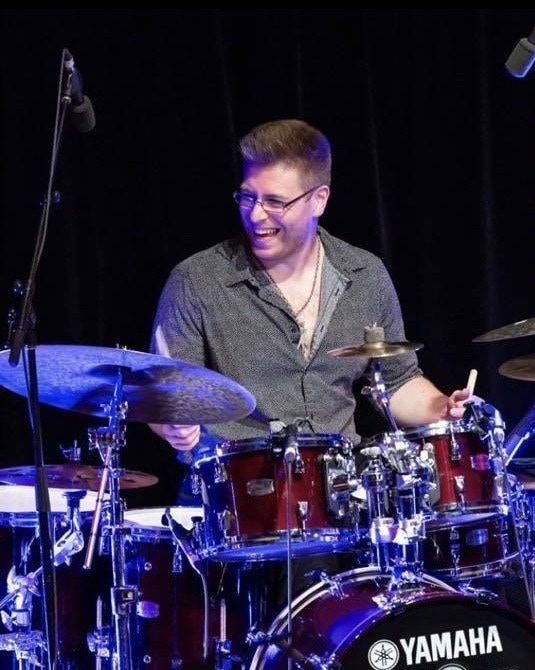 Aaron Spink is a drummer, educator, and clinician, living in Ajax, Ontario.

After graduating Humber College in 2007, having studied under such world class calibre drummers as Mark Kelso and Paul DeLong, Aaron joined on with the Yamaha Music School in Toronto as the head of their drum lesson department. Since then, Aaron has not only been conducting private and group drum lessons but has also become one of their most prominent clinicians for teacher training in the Yamaha Drum Course and Popular Music Course (PMC) for other Yamaha affiliated music schools across Canada. In addition, Aaron is also a certified Yamaha Drums examiner.

Outside of education, Aaron is also busy as a performer. Aaron’s resume of musicians and artists he has performed with includes Randy Brecker, Danilo Perez, Steve Gadd, Sarah Brightman, Beverley Mahood, Liberty Silver, George St. Kitts, and Eddie Bullen. Aaron also has a wealth of experience as a pit drummer for many musicals such as The Altar Boyz, Broadway Gold I & II, Any Dream Will Do: The Music of Andrew Lloyd Webber, Assassins, Hairspray, Anne of Green Gables, and many more. Aaron is also a first call sub for many of Toronto’s premier corporate and wedding bands such as Soular, StereoFlavour, Side One, Parkside Drive, The Vegas North Orchestra and Running Red Lights.

Some of Aaron’s latest regular gigs are with such artists as Exes For Eyes, Coldjack, The Englishmen, Alessia Cohle, and Abraxas: The Ultimate Santana Tribute, which Aaron has had the great honour and privilege to tour with internationally.

Being a Yamaha Drums Artist is a dream come true for Aaron and a relationship that he can’t wait to grow as he pursues future endeavors in both performance and education. In addition to being a Yamaha Artist, Aaron also endorses Murat Diril Cymbals, Headhunters Drumsticks and Creations, Remo Drumheads, and PolyNome.